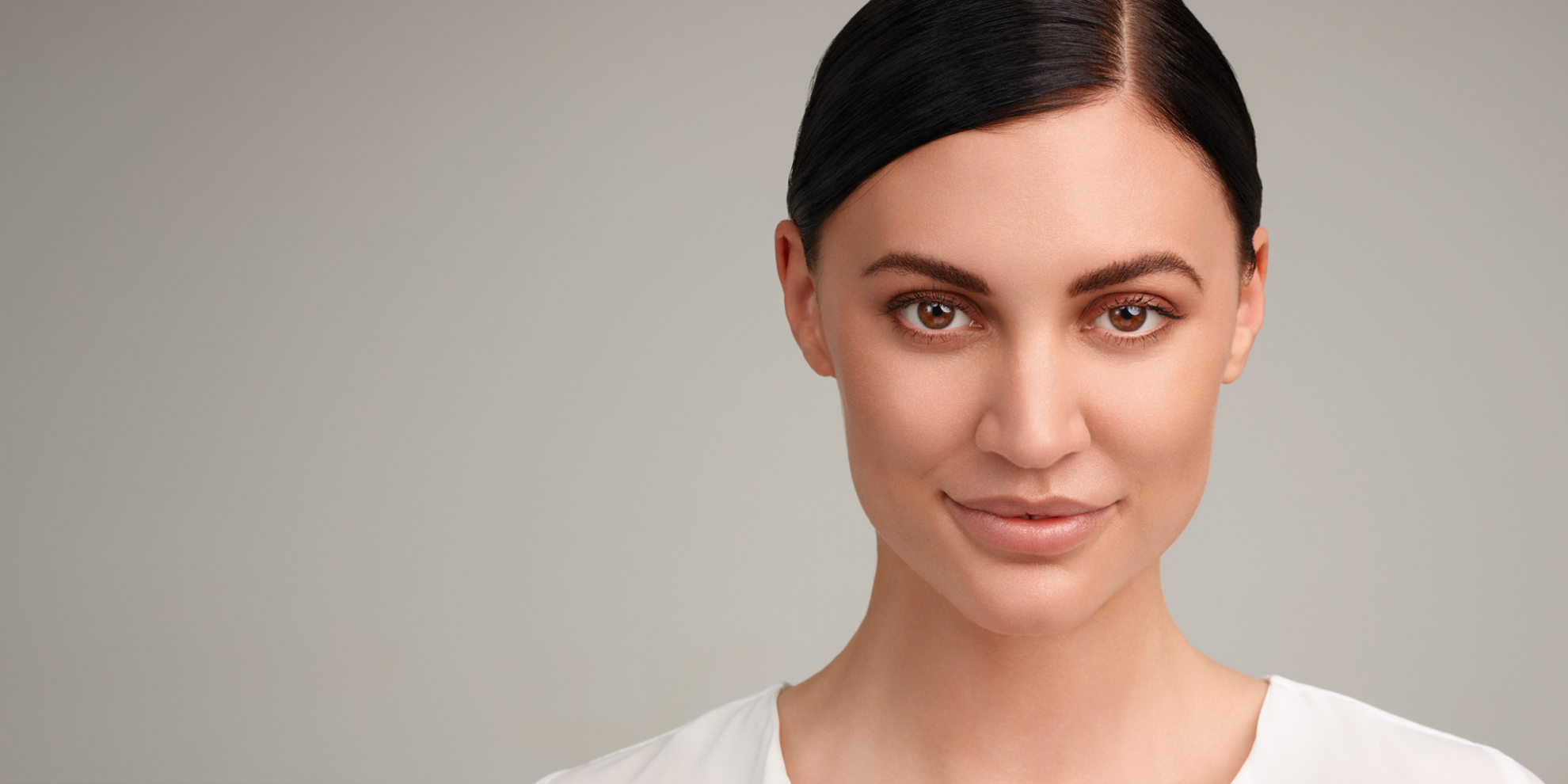 The whole skincare industry seems to be talking about senescence currently. Is this yet another fad the cosmetic industry is so infamous for? Cellular senescence is a complex stress response that renders cells incapable of cell division. A senescence response is typically induced by cellular damage (often nuclear DNA damage). Senescent cells secrete several cytokines and matrix metalloproteinases (MMPs), collectively termed as the senescence-associated secretory phenotype (SASP). With that, senescent cells can alter tissue homeostasis and promote aging. With aging, the number of senescent cells in skin increases.

How much do we really know about the mechanism of aging and skin aging in particular? What role does senescence play in the complex cellular processes that contribute to aging and is understanding senescence the key to creating solutions to fight the visible signs of skin aging? How do we translate results of scientific research into products that provide perceivable and quantifiable health benefits and consequently generate sustainable consumer demand and brand loyalty?

It is better to prevent than to cure

Granted, the cosmetic industry, in its search for ‘innovative new concepts’, possibly tends to be somewhat adventurous and ‘over the top’. After working in the scientific area of the cosmetic industry, you might think it is getting a bit ‘old’, this constant need of coming up with new and exciting concepts, without them being really and biologically relevant for the consumer. Fact is, the consumer tends to constantly want to try out new things, new ways of caring for their skin or hair.

Paradoxically, the consumer doesn’t have much trust in the cosmetic industry and the claims that are made about their products. Product or brand loyalty is hard to come by for the beauty industry, nowadays. A really interesting publication from Amy Muise in an article she wrote in 2010, called “Women’s Perceptions and Use of “Anti-Aging” Products”1 sheds light on this paradox. The use of anti-aging skincare products gives consumers “a sense of control”. It seems that consumers, despite their skepticism about the cosmetic industry, still like to use anti-aging skincare products. It is better to use something than nothing at all.

From an anti-aging skin care point of view, is senescence just another new concept which is hot now but will disappear soon? No, we don’t think so. Instead, is it the holy grail of fighting skin aging? No, not that either. At least not in the way we can and are allowed to address it in the cosmetic industry. Is it an important topic to address, though? Yes, we are absolutely convinced.

Luckily, consumers are continuously evolving and increasingly inclined to take a proactive and preventive approach to aging. As always, it is better to prevent than to cure. People have come to understand that reducing deep wrinkles is essentially impossible. Preventing wrinkles from occurring, more adequately, reducing the speed with which wrinkles and other skin aging phenomena start to become visible, is something which the skincare industry can help with very effectively. First and foremost, by including UVA and UVB filters in their formulations, but, additionally, with the use of effective and relevant skincare active ingredients.

Understanding the biological mechanisms of aging

What makes a skincare active ingredient effective and relevant in this context, though? Could addressing senescence be relevant? This brings us to CLR Berlin’s daily business: defining the problem, understanding the causes of the problem and addressing these causes to solve the problem. This sounds like a pretty straightforward approach and it is, at least partly. The problem: skin aging. For this blog text, let’s focus on the visible signs of skin aging: uneven skin coloration, skin wrinkling, skin sagging. Now it becomes endlessly more complicated. What happens in skin to cause these skin aging phenomena? Answer: a lot, and probably a lot more on top of that, but about which no knowledge exists yet.

How can we still address skin aging relevantly with a skincare active ingredient? We need to search for common denominators in the processes which lead to the appearance of the visible signs of skin aging. This brings us to the various theories of aging, essentially zooming out. How do we age? In other words: what are the biological mechanisms which lead to aging? Quite a few hypotheses exist, but the “senescence theory of aging” is one of the most widely scientifically accepted hypotheses. Another widely accepted theory, the “genome maintenance hypothesis of aging”, links DNA damage with aging. With aging, DNA damage accumulates, causing cells, in our case skin cells, to malfunction and die. Those cells which do not die and continue to malfunction, might turn into tumor cells and potentially cause cancer, a “worst case scenario”. This links one theory of aging to the other: in order to not let this happen, mutated and malfunctioning skin cells are sent into senescence. One problem might be solved, but now another has been caused, a “second to worst case scenario” has now arisen: the accumulation of senescent cells in the skin.

You can read about how senescent skin cells accelerate skin aging in detail in a recent article in Personal Care Magazine2, but, in summary: senescent cells produce large quantities of proteases and inflammatory mediators, which gradually, bit by bit, start to break down the structure of skin, causing wrinkling and sagging, and initiating processes which lead to uneven skin coloration. It is estimated that between 5% and 15% of all skin cells are senescent in old age.

Interestingly, or rather, scaringly, senescent skin cells can ‘infect’ other cells, which then also become senescent. This phenomenon is called paracrine senescence. It becomes even worse, accumulation of senescent skin cells can lead to human cells deeper in the body to also become senescent. With aging, senescence spreads across the body like an oil slick. It all starts in the skin, though. The skin is on the outside of our body, exposed to the outside environment and UV radiation from the sun. DNA damage is a constant for skin cells, senescence becomes a constant with aging.

Good, or better, not-so-good. Problem defined and the common denominator in the causes of the problem identified. What next? Can we reduce the likelihood of skin cells becoming senescent? Yes, we can. UV filters and anti-oxidants (when formulated intelligently) will work for a big part and CLR ingredients like Repair Complex CLR™ PF (INCI: Bifida Ferment Lysate) or Phytosan™ K (INCI: Glycine Soja Seed Extract) will support the skin cells’ mechanisms in repairing DNA. Will the result be that no skin cell at all will become senescent now? We will have reduced the likelihood, but definitely not to zero. A back up system definitely has added value: CutiGuard CLR™.

How can we influence senescent skin cells in an effective and relevant way? Can we make them go into a controlled cell death, i.e., apoptosis? In other words, can we have an effective “senolytic” effect? At CLR, we do not think so. Senolytics exist. There are ways of sending senescent cells into apoptosis, but these do not work very effectively yet. If this were the case, the answer to the senescence hypothesis of aging would have been given and, to our conviction, aging, including skin aging would have been largely solved.

It is indeed better to prevent than to cure, but senomorphics do both. Senomorphics prevent cells from becoming senescent and if they still become senescent, senomorphics make sure that they are not detrimental and cause skin aging.

In conclusion, senescence is definitely not a fad. It is a relevant cause for skin aging and is therefore relevant to address with a skincare active ingredient. It allows for a bit of ‘story telling’, marketing concept-wise, but this might be ‘hot’ now and not in a year’s time. In a year’s time it will still be scientifically valid, though. Trends come and go, but science will always prevail. CutiGuard CLR™ is definitely worth a shot.