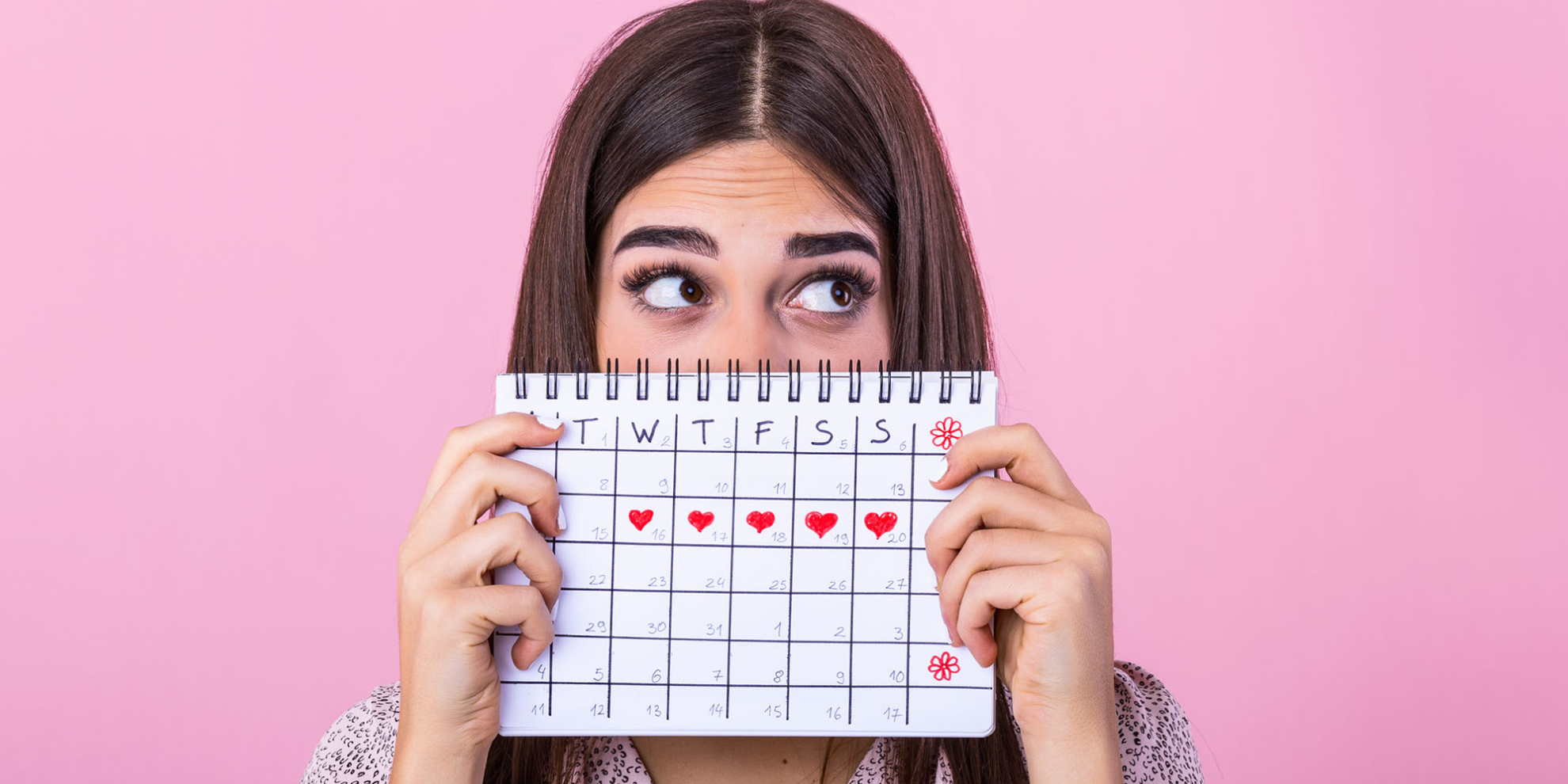 When thinking about female skin health, I do not only see myself as a professional who has been working in the cosmetics industry for a long time, but first and foremost as a woman. I have gone through a long journey to finally feel comfortable and confident in my own skin and I am still not fully there yet.

Since before puberty I have seen my skin condition change constantly. However, it has helped that, as a cosmetician, and especially after studying the technology of cosmetics, I have gained a much deeper understanding of my skin and its needs. Openly communicating about female health is no longer a taboo.  On the contrary, consumers as well as brands have found pleasant and even playful ways of addressing problems related to femininity.

Women have been and will continue to be the main target group for the cosmetics industry. Supporting people who menstruate in reducing any discomfort related to their menstrual hormonal cycle will have a positive impact on health, skin appearance and overall well-being.

The skin cycle and female “hormone-influencers” on the skin appearance

Our skin is our body’s largest and most dynamic organ, constantly going through a process of renewal, the so-called skin cycle. The skin cycle is a very dynamic process by which the top layer of our skin, the epidermis, regenerates over the course of approximately four weeks. This process starts in the deepest layer of our skin, the basal layer, and moves outward toward the surface of the epidermis, the stratum corneum. The skin cells make their way to the top-level of the epidermis during this time, changing and maturing as they rise through different layers of epidermis. The transformation from basal skin cells to corneocytes, the dead skin cells which we shed, is known as the full skin cycle.

The skin cycle is the same for all genders and all ethnicities, anchored in our DNA. However, female skin is influenced by a monthly hormonal cycle. This is something which women are becoming increasingly aware of.

There are four phases in a woman’s menstrual cycle which can be divided into the first and the second cycle phase. The different phases are accompanied by hormonal fluctuations, which can affect a woman’s mental and physical condition, including the appearance of her skin. The four phases in the menstrual cycle overlap and can vary in length and intensity from woman to woman on a monthly basis. Additionally, they can be influenced by external factors such as lifestyle and daily stress, and every woman reacts individually.

Physical discomfort and unpleasant skin changes are likely to occur primarily during the second phase of our cycle, the so-called luteal phase, which begins at the end of the ovulatory phase and ends with the first day of menstrual bleeding, the menstrual phase. The estrogen level is relatively low during this phase, which is dominated by the actions of the hormone progesterone and testosterone. The concentration of both hormones reaches its low point once menstrual bleeding begins.

The hormonal fluctuations can strongly affect skin health and appearance. This is partly related to an increase of sebum production during the second half of the cycle. In the days before and in the first few days of the menstrual phase, the skin tends to become more prone to inflammation and pimples. Furthermore, the skin can look dull and a rise in prostaglandins can cause the skin to become more sensitive and tired.

All symptoms of discomfort generally improve from the beginning of the first phase of the menstrual cycle, the follicular phase. The follicular phase evolves from the menstrual phase and is strongly dominated, among others, by the female hormone estrogen. Most women feel energetic and with a sense of well-being during this phase. The skin appears stronger, healthier, naturally hydrated and plumper.

The highest level of estrogen is reached in the subsequent ovulatory phase in the middle of the cycle, also known as the “fertile window”, when the woman can become pregnant, and some women feel their ovulation physically. The skin is likely to appear bright with a healthy glow over a few days until the estrogen level begins to decrease and the progesterone level starts to rise, marking the beginning of the second phase of the menstrual cycle. While some women, at this point, may still have glowing skin, so-called “glowing ovulation skin”, others may start to suffer from worsening skin appearance as skin is prone to become a little oilier. With the onset of the next menstruation a new hormonal cycle begins.

The cosmetic retail environment is likely to become more technical, bringing together the physical and digital experience for consumers. Innovations, such as smart mirrors, will continue to enable users to not only track their skin over time, but also measure the efficacy of their skincare routine. Is it time to do the same for the female hormone skin cycle and is this cyclical approach to skincare the next big thing for the cosmetics industry?

According to Mintel, “33% of French female consumers who have used cleansing or caring products on their face in the last 12 months think that hormones have the most impact on their facial skin and 55% agree that they would be interested in using a service to understand which products they should be using.” (Mintel: “Women’s Facial Skincare”, 2021)

A lot of women are already tracking their periods or their “fertile-window” either with an app or a good old-fashioned calendar method to get more understanding of their own monthly hormone-cycle.

“L’Oréal announced today a new partnership with Clue, the period tracking app with 12 million users in 190 countries, and a leader in Femtech, to deepen knowledge on the relationship between skin health and the menstrual cycle. This collaboration bridges L’Oréal’s historic skincare expertise and beauty-tech ambitions with Clue’s leadership in reproductive health and data-driven technology. In addition, Clue will work with L’Oréal’s Active Cosmetic Division and its clinical experts to develop scientifically informed new content about the menstrual cycle and skin health for Clue’s reproductive health encyclopedia on Helloclue.com.”

During my research, I have seen so many different, innovative campaigns from different companies all over the world that understand the pains of their consumers and help them celebrate their individualities. In addition, these campaigns help to break down stigmas on this subject that has always been treated as “delicate” or a cause for shame for women.

The perfect active-match for your “period skincare” project

If you are a formulator or work in a marketing department and deal with new trends in the cosmetic industry, then the topic of female skin health will not pass you by.

Women are becoming “new-consumers” who are even more aware of the causes of skin conditions, from diet to hormones to stress levels. Due to this, menstruating women are adopting a more holistic approach to optimize their monthly skincare routine with suitable cosmetic products.

In fact, there are already products on the market suited to different concepts such as customized beauty, addressing this issue. Some of these products are developed in collaboration with gynecologists, which I find a really interesting and modern concept.

With more than 70 years of experience with natural active ingredients for the skin, CLR offers high-quality active ingredient solutions for your individual formulation or marketing concept. Consistent and appropriate skincare throughout the month is key for healthy female skin. Understanding and working with the menstrual hormone-skin cycle is a great way to improve skin health and well-being. Together, we can find out how to care for skin – using functional, technical and holistic approaches for the perfect skin care match.

Skin care is self-care and we take it seriously at CLR! 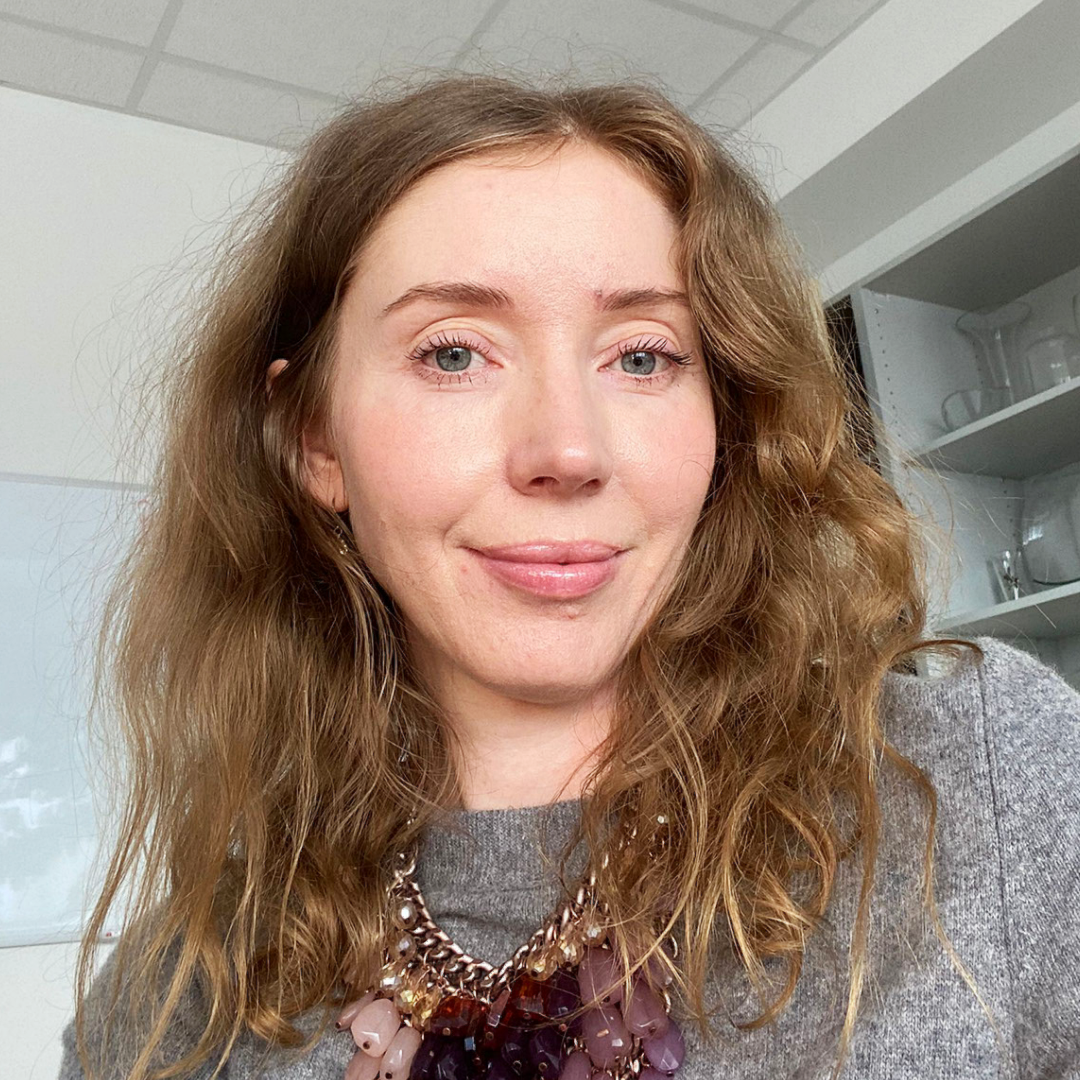