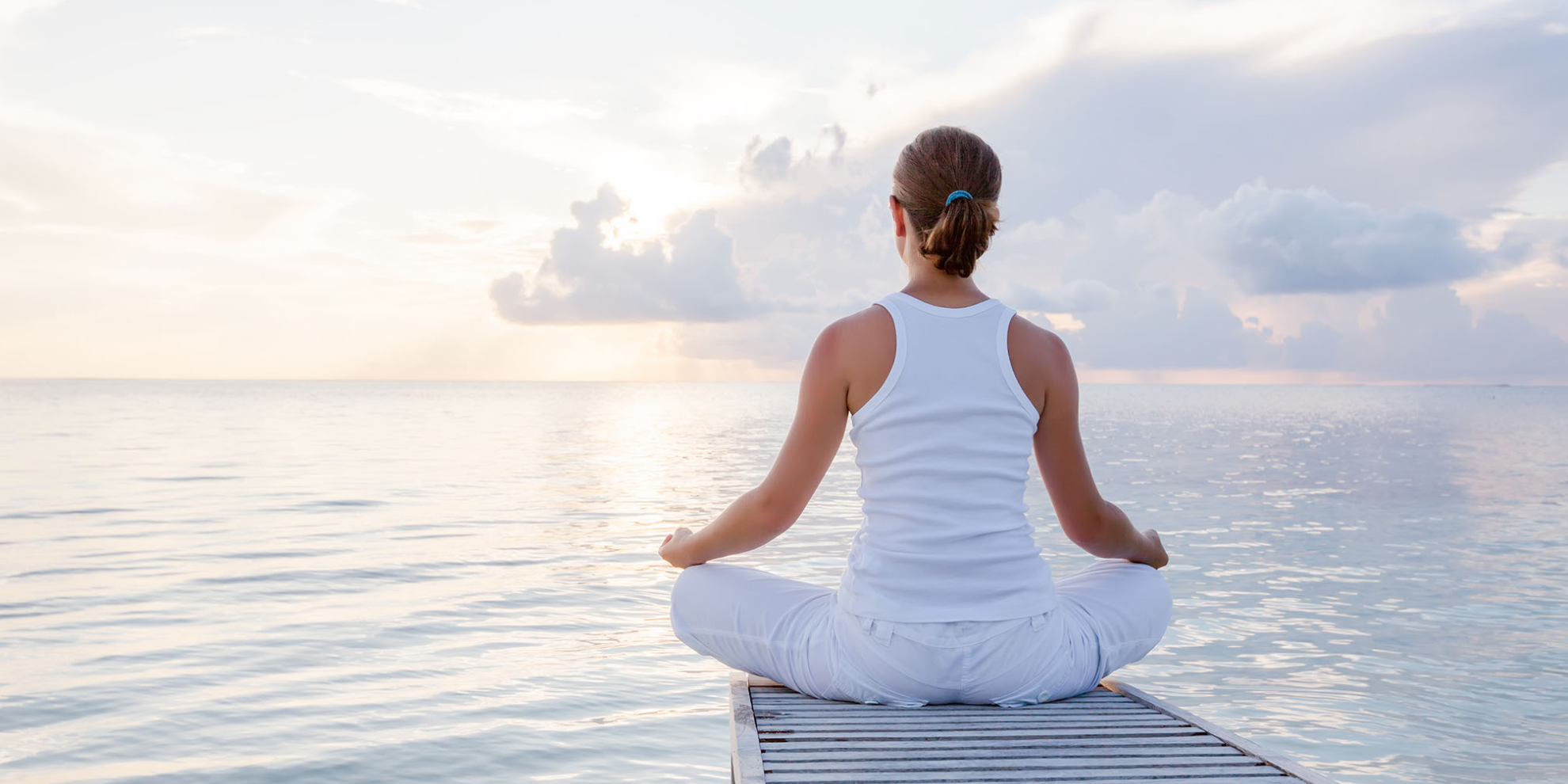 In the cosmetic industry, Cannabidiol (CBD) is, seemingly, on everybody’s mind. Independent of potential regulatory challenges and the marketing aspects of CBD, an important question remains: is there a benefit to the use of CBD in cosmetic products, especially skincare products? Does it do something good for the skin? This text was written in early March 2021 and until now, the amount of scientific literature on the efficacy (and safety) of the topical application of CBD is still extremely limited.

A bit on ‘consumer immunology’

So, what do we know? Let’s start at the basics. We know that the human body has an extremely well-established immune system with which it tries to remain in homeostasis, a biological equilibrium which makes our body healthy. Our immune system acts on anything which might be harmful to our body. This reaction might be accompanied by inflammatory processes which can have a large impact on people, however. Visible (redness, edema) and neurological (itch, pain) inflammatory processes, by definition, have a large impact on quality of life and the feeling of well-being of a person, for instance. This is especially the case when the inflammation gets to be a chronic problem.

Apart from their potential psychological implications, the inflammatory processes can often become a real biological problem too. The body can enter a vicious circle of inflammation with important negative consequences. In relation to the skin, this is, for instance, the case in skin diseases like acne and atopic dermatitis. Sensitive skin can also be interpreted as a type of skin which suffers from such a biological inflammatory vicious circle, though. The increased production of inflammatory mediators does not just lead to inflammation (e.g. redness, itch), it also leads to the deterioration of the barrier function of skin. With the barrier function not being intact, outside negative influences can penetrate the skin more easily which, in their turn, initiate further inflammatory processes. These will then lead to further deterioration of the skin’s barrier function. A vicious circle. This vicious circle does not just lead to inflammation and deterioration of barrier function, but also to skin dryness, loss of skin tone, wrinkles associated with dryness, etc., etc. In the longer term these processes can lead to the accelerated breakdown of collagen and elastin and the formation of hyperpigmented spots.

‘Consumer immunology’ is an extremely important topic for the cosmetic industry. Approximately 50% of people in the industrialized world report to have sensitive skin. In addition, acne and skin diseases, such as atopic dermatitis and problems with skin related to diabetes are extremely frequent. Furthermore, bodily aging, especially skin aging, is associated with chronic inflammatory, albeit sub-clinical (not visible and directly noticeable) processes. Virtually every person seems to have some sort of skin problem, associated with inflammation. In reaction to these problems, our skin is constantly working on maintaining its biological equilibrium, its optimally healthy state.

Cosmetic products can play a supportive role for the skin in this battle. Cosmetic brands addressing skin problems, or which at least claim to be suitable for use on certain types of problematic skin, have enjoyed a strong growth, in the past few years. This illustrates the importance of cosmetic products for the average consumer with problematic skin, who, seemingly, is not willing to visit a dermatologist yet, but wants to try a cosmetic product which was developed for their typical skin problem first.

Many consumers associate CBD with health and might even see it as a ‘wonder drug’, despite the lack of sufficient scientific evidence when it comes to its topical application. Claims made on cosmetic products containing CBD can be outrageous and often look to be illegal, but it is clear that the consumer links CBD with providing relief for skin problems and a consequential increase of well-being. On top of that, CBD is seen as a natural product, fitting to the natural cosmetics-trend. Altogether, CBD is an ingredient which fits to the many demands of the modern consumer.

An important process through which our skin’s endocannabinoid system attempts to establish and maintain health is through its direct interaction with the mostly detrimental endovanilloid system. The endovanilloid system plays a pivotal role in the maintenance of inflammatory processes in our skin. Here the activity of receptors such as TRPV1 (Transient receptor potential channel, vanilloid subfamily member 1) is a core problem, causing the constantly elevated production of inflammatory mediators such as interleukins and neuromediators. Interestingly, our endocannabinoid system is extremely efficient in its interaction with TRPV1; TRPV1 requires a high concentration of cellular cAMP (cyclic adenosine monophosphate) which allows for the phosphorylation, i.e. activation of TRPV1.

Only when TRPV1 is activated, it can induce the production of said interleukins and neuromediators. The activation of CB2 by endocannabinoids leads to a dramatic reduction of cellular cAMP. This, on its turn, leads to the dephosphorylation, i.e. deactivation, of TRPV1. The downstream consequence of this is that the production of the inflammatory mediators is reduced. Consequentially, the inflammatory vicious circles are arrested and health is re-established. With this, skin can regenerate and build up barrier function again. With better barrier function, negative outside influences will not penetrate skin as easily, skin is more moisturized etc., etc. In the long term, processes associated with breakdown of collagen and hyperpigmentation might also be reduced or, at least, decelerated. Activation of CB2 with phytocannabinoids can therefore be a powerful approach to skin health.

Phytocannabinoids are defined as: “any plant-derived natural product capable of either directly interacting with cannabinoid receptors or sharing chemical similarity with cannabinoids or both.” (J. Gertsch et al., British Journal of Pharmacology (2010), 160, 523–529). CBD probably fits this definition, but nature provides other phytocannabinoids, independent of Cannabis too. For instance, Annona cherimola (“Cherimoya”) is such a plant species, wholly independent of Cannabis. An extract of the fruit pulp of Cherimoya, containing different cyclopeptides, named cherimolacyclopeptides A, B, C, D, E and F (AnnonaSense CLR™, patent pending WO 2020/178147 A1, EP 3 701 936 A1), is an example of a product which fits the above definition. The extract contains ingredients which act as an agonist for CB2 which, consequentially, reduces the production of inflammatory mediators associated with the activity of TRPV1 and the arrest of the inflammatory vicious circles.

Taking the next step

The evidence described above for Cherimoya does not exist for molecules like CBD. Topical CBD will probably have interesting cosmetic benefits for skin though. Additionally, the ‘CBD marketing train’ is in full speed and this situation is not likely to change soon. It is likely that CBD will continue to be a focus for the cosmetic industry. It is, however, essential for cosmetic scientists and product developers to critically assess the science and, eventually, the real activity of their formulations. The CBD skincare market is, by now, extremely saturated. It is therefore important to stand out.

The consumer, in the end, plays the deciding role in whether or not a product becomes successful. Science, together with marketing, provides the ingredients for product success. CBD might be the main focus, the ‘flag on the ship’, so you will. The flag on the ship can only exist when the metaphorical ship stays afloat, though, i.e. when the science is understood. This ship comprises the skin’s endocannabinoid system and the scientific understanding of what role it plays and how endocannabinoids and phytocannabinoids can interact with it and how skin (and possibly even hair) can benefit from this interaction. An important additional question which then also needs to be addressed is whether and how this benefit is relevant to the consumer and caters to a consumer need.